Mod Barbie Dolls celebrate
movement and style as never before.

Below is a detailed chronological history of the Mod Era from 1967 to 1972.  Each doll has its own page with pictures and detailed information.  Also available are Barbie's same sized Mod Friends who shared Barbie's clothes, including: Stacey, Julia, Christie, PJ, Steffie and Kelley.

Stacey Dolls were introduced in 1968, as Barbie's new "cool" Mod friend. She hailed from the Mod Mecca of hipness - Great Britain. There were two versions - TNT (Twist 'n Turn) and Talking Stacey. Between 1968 and 1971, there were three different TNT Stacey versions and two different Talking Staceys. She was permanently retired after 1971.

Julia was one of the first Celebrity Barbie Dolls. She was introducted in 1969, based on a popular TV character played by Diahann Carroll. There were two Jula Dolls, Five of her own outfits, one of which was included in a Julia Doll Gift Set.

Click the Barbie Doll link above to take you to all the Mod Barbie Dolls in the vintage line!

The term mod is short for modern which was exactly what these girls were back in 1967 when the first mod Barbie was introduced. She was named the New Barbie twist n turn doll. To present the new line, Mattel had a trade in promotion, which was just trading in an old doll along with $1.50, and you would receive a brand new twist n turn Barbie. The old dolls were given to charity. The twist 'n turn doll had long straight hair, new make-up, a new head mold, and a brand new body! These dolls and her fashions were inspired by the youth of America as well as the styles of Great Britain. As we all know, some of the best music came from there and of course within the music world, fashion always follows! Barbie now looked younger and more hip! Pop culture was now a huge part of Barbie! Between 1967 and 1972 there were many Barbies released. Click the Barbie Doll link above, to see all the different "Mod" Barbie dolls in Mattel's line.

Disclosure: eBay & Amazon Affiliate - When you click through to buy products I may earn a very small compensation. Your purchase helps keep MyVintageBarbies up to date for my readers. Thank you so much for your support! 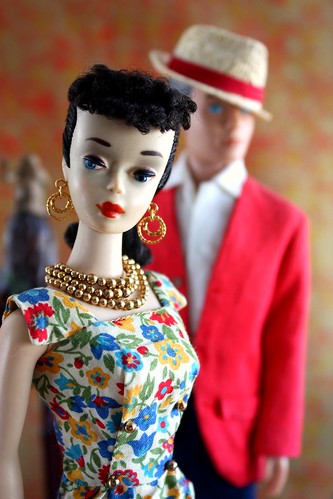 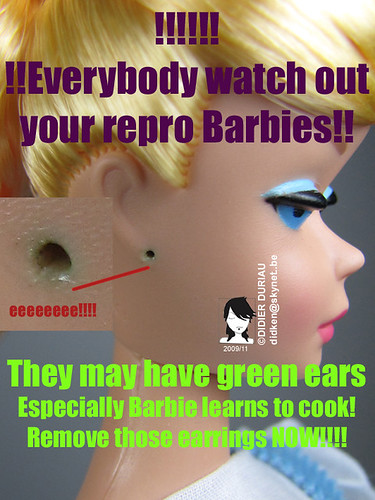 This group is dedicated to Vintage & MOD Barbie and her friends!

Please tag photos appropriately: DOLL, BARBIE, FASHION, VINTAGE, MOD, etc. It's OK if other toys are in the shot, but please keep the focus on vintage Barbie dolls, along with their vintage family & friends. Family & work-environment friendly, please. The curator may remove, without notice, any photos not family/office-friendly or not fitting the group's theme.

Here are some other groups you don't want to miss:

This group is in no way affiliated with Mattel Toys or Barbie Collector.

Collection by
Mod Barbies and other 70s Dolls
I'm a collector and blogger of Mod Barbies from 1967 - 73! Visit my blog at modbarbies.com to read articles, peek at photos and get tips on collecting Barbies…

The Barbie repair cafe: How to de-yellow Barbie MOD heads