The state of Ohio is investigating whether Ohio Mulch is selling bags of its product that weigh less than specified on the packaging. The company is facing the same situation in Michigan, where state officials have halted the sale of some Ohio Mulch products.

The state of Ohio is investigating whether Ohio Mulch is selling bags of its product that weigh less than specified on the packaging.

The company is facing the same situation in Michigan, where state officials have halted the sale of some Ohio Mulch products. While they investigate, Ohio officials have not issued such an order.

Ohio Mulch disputes the Michigan order, disagreeing with the state�s testing procedures and the standards it follows, a spokesman for the company said.

The Michigan order prohibits the sale of various Ohio Mulch products that are sold under the Longer Lasting and Pro�s Choice labels.

Michigan officials said they checked more than 200 bags of mulch produced by UMS of Columbus, the wholesale arm of Ohio Mulch. Only 14 of the 200 bags contained the declared net content, they said. The vast majority were �grossly short,� said Jamie Clover Adams, Michigan�s director of agriculture and rural development, in a statement.

Ohio Mulch follows the National Institute of Standards and Technology standards, which are different from Michigan�s, said Gene Pierce, a spokesman for the company.

�We�ve done that for 30 years in business,� he said. �We are not the only mulch company that disagrees with the Michigan testing standards.�

Michigan-based retailer Meijer has pulled the Ohio Mulch products from its stores, including those in Ohio, a spokesman for Meijer said in an email.

�Meijer was notified of a labeling issue with Pro�s Choice Golden Trophy mulch, which is supplied by Ohio Mulch,� a Meijer official said.�We are isolating all product affected by this labeling issue.No product is currently available for consumers to purchase.�

State of Ohio officials ordered 700 bags of the mulch on March 31 after receiving complaints from consumers that month.

�Our plan is to go back out this week,� said Brett Gates, spokesman for the Ohio Department of Agriculture�s division of weights and measures. �For testing to be accurate, mulch has to be dry."

Since the testing began, Ohio Mulch �has been working days, nights and weekends to try to resolve the differences or any confusion,� Pierce said.

�If any central Ohio customers believe they have a bad bag of mulch, they can take it and exchange it at any Ohio Mulch retail location.�

The mulch should be the brands covered under the order, he said.

A spokeswoman for Michigan�s Agriculture Department said the agency routinely looks at packages � of all types and sizes to ensure compliance with the state�s weights and measures law. This problem was identified as part of that routine work.�

The investigation in Michigan, as in Ohio, is �open and ongoing,� said Jennifer Holton, the spokeswoman. �We are working with both the company and impacted retailers to identify a solution,� she said.

A beautifully maintained exterior is about more than a green lawn and pruned shrubs. Elements such as mulch, crushed limestone, river rock, and gravel can beautify or nourish your exterior while also providing protection. Shearer Patio & Landscape Services can supply, deliver and spread these elements so you can enjoy the benefits of an expertly-kept property.

Request A Quote For Your Next Project

About Our Mulch Installation Services

Protecting your plants means protecting your soil from drought, changing temperatures and weeds. It also involves providing your soil with valuable nutrients. Mulch is a material that provides these benefits when properly spread over landscape beds. Biodegradable mulch can be made from materials such as grass clippings, wood chips, compost or leaves, and cedar.

Mulch, when spread to the proper depth, is attractive and practical. It adds nutrients to the soil while protecting roots, conserving water and moderating temperature. Shearer Landscape & Patio Services can supply, deliver and spread mulch in the Delaware and Columbus area.

Gravel driveways can be elegant or practical, depending on their purpose. At Shearer Landscape & Patio Services, we can build a gravel driveway to suit your specific needs, whether you’re enhancing your home’s curb appeal or adding a long driveway to your country property.

If you’re interested in mulch or gravel delivery and spreading in the Columbus area, Shearer Patio & Landscape Services can help. Contact us today for a complimentary consultation and quote.

Request A Quote For Your Next Project

We are one of Columbus's leading manufacturers of mulch. We deliver and provide mulch to Columbus, Powell, Delaware, Dublin, Lewis Center, Sunbury, Worthington, Galena, Gahanna, Plain City, Ostrander Westerville and New Albany. We are a wholesaler open to public of colored mulch, natural mulch, and landscaping mulch. At our plant, wood is ground up, aged and reground in an industrial mill and sold as fine ground natural or dyed using environmentally safe colorants and sold as premium black, chocolate brown or natural mulch, Since our mulch is produced in house, we are able to offer this premium mulch product at deeply discounted prices. Now you can have the Best for Less! 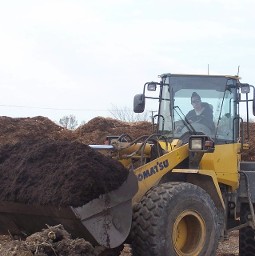 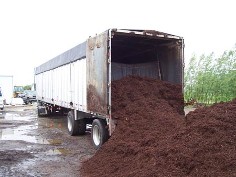 How much mulch do you need?

Our office hours are: 8AM-5PM Monday-Friday. CLOSED SATURDAY AND SUNDAY Call to arrange after hours pick up.

Skyrim how to get spells